District 5 Team Files Together for Re-Election


District 5 Team Files Together for 2018 Re-Election 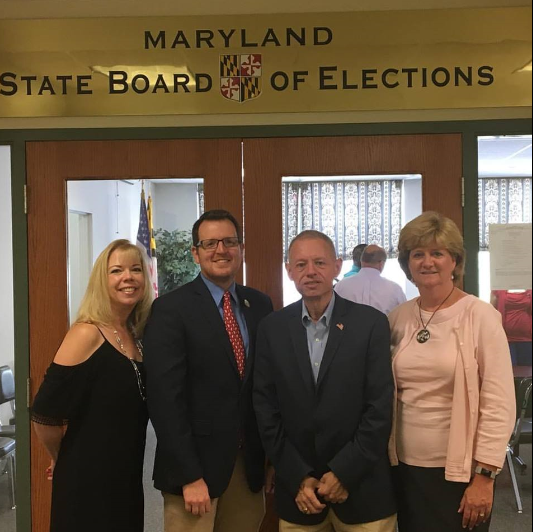 Annapolis: On Thursday, the District 5 Delegation to Annapolis - Senator Justin Ready, Delegate Susan Krebs, Delegate April Rose, and Delegate Haven Shoemaker - filed for reelection for 2018.  The four representatives from District 5 support and work well together.  They
would like to continue the positive momentum they’ve built in Annapolis.

"Together, we've been fighting to enact common sense, conservative principles and bring real reform to Annapolis. Working with Governor Hogan, we believe even more can be accomplished to increase fiscal responsibility and reduce taxes,” stated Senator Justin Ready.

“We want to continue building on the real progress we've made for Carroll County. We have been effective in working with the Hogan administration to benefit our schools and public safety, and our District 5 team successfully led the effort to repeal the “Rain Tax”. We are all working to combat the opioid epidemic that plagues our communities.” Delegate Susan Krebs added.

“Making Maryland a family, retiree, and business-friendly state is a goal we share. Our team has shown that we know how to work together to make that happen while also standing strong for 2nd Amendment freedoms and property rights,” continued Delegate April Rose.

“Our state has had a one party system for too many years now, leading to an over-taxed, less free environment. That's why our team is committed to continue the battle to change Maryland. We want to respectfully ask for voters' support to continue representing these ideals.” Delegate Haven Shoemaker concluded.