The redistricting process has made the beginning of the 2022 election season quite confusing. Due to lawsuits against Maryland Democrat attempts to gerrymander the state, there were delays in being able to say what the final state legislative and congressional maps would be with certainty.

The lawsuits have all been dealt with by the courts. We did receive some help on the congressional map but the state legislative map passed by the Democrats in January remained unchanged.

First, below is a picture of the new General Assembly districts that are in Carroll County - (NOTE: This is for State Senate and House of Delegates): 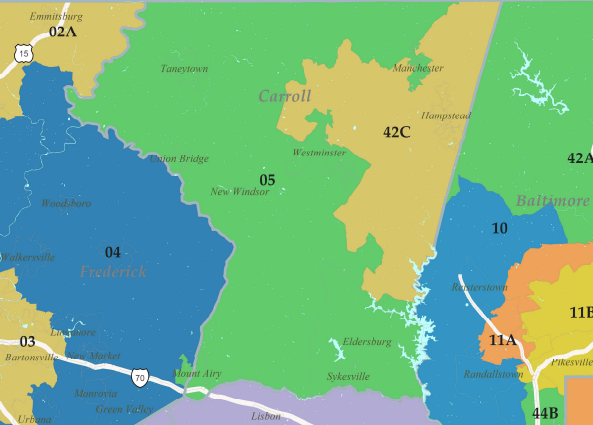 As you can see, Carroll County will now divided into two main State Senate districts - 5 and 42.

BEFORE: Most of Carroll County (basically above Route 26 - with one exception) was in Senate District 5 which elected three Delegates and there were two other Senate districts that took small pieces of the county (District 4 took in Mt. Airy and District 9 had Sykesville and parts of Woodbine & Eldersburg). You can see that old map for reference by clicking here.

AFTER - THE NEW MAP for the 2022 Election - Hampstead, parts of the Manchester zip code, most of the Finksburg area and parts of suburban Westminster east and slightly north of the town limits are now in District 42. District 5 expands southward to take in all of Mount Airy (including the Frederick County portion of the town), Woodbine and Sykesville/Eldersburg that were previously part of Districts 4 & 9.

NOTE - Why does District 42 have a “C” next to it on the above map? That's because District 42 is two-thirds in Baltimore County and one third into Carroll County so a “single-member" Delegate district has been provided for to ensure that there is a Delegate in District 42 from Carroll County. However, this means that only one Delegate will be elected by Hampstead, Finksburg and those portions of Manchester and Westminster zip codes from District 42C. District 5 does not have single member districts, so if you live there you will be voting for all 3 Delegates. If you're confused, I don't blame you.

I fought against these districts with everything at my disposal as did our District 5 Delegates, Susan Krebs, April Rose and Haven Shoemaker. Haven's wife Patti was actually plaintiff in one of the lawsuits trying to get fairer Delegate district maps for Carroll and the rest of the state. Those lawsuits ultimately were denied.

As a result, I'm sad to say that, if re-elected, I won't be representing Hampstead or most of Finksburg as well as those portions of rural Manchester and rural Westminster that you see in District 42C on the map. I do look forward to the opportunity to represent Mt. Airy, Woodbine & Sykesville of course but I continue to be angry at how one party Democrat rule in Annapolis continues to maximize their advantage and I am committed to doing all I can to change that in 2022 and beyond.

Going back to District 42 - it is currently represented by another Republican State Senator, Chris West who I have worked with on a number of issues and is a friend. I know he'll be getting out and about in Eastern Carroll County in the coming weeks. Meanwhile - District 42C will be electing one State Delegate. I'll have more on that later.

The Congressional Map, which has the 8 U.S. Representative districts that Maryland is entitled to has also been finalized. This map can be seen directly below. 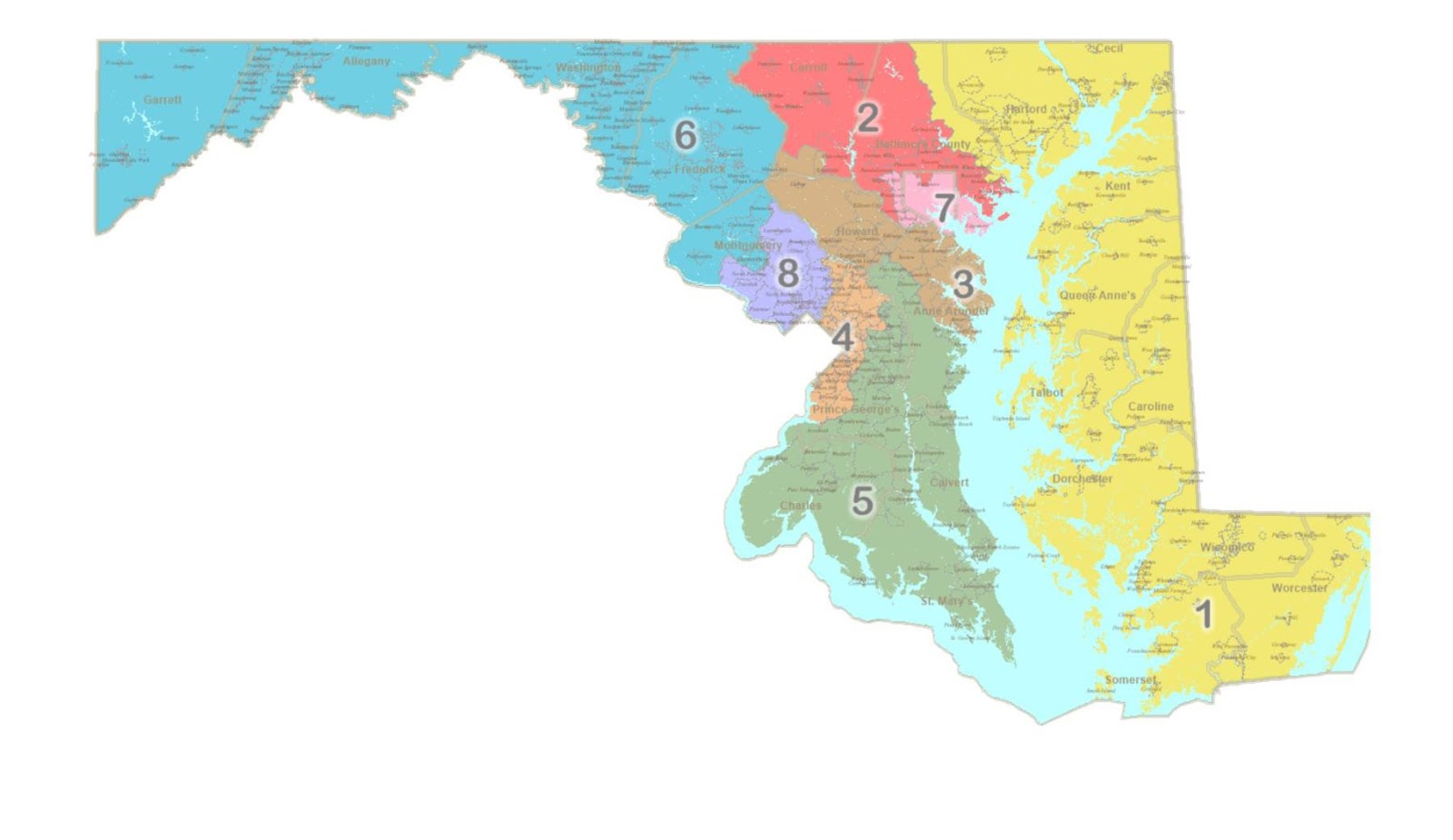 In this map, almost all of Carroll County is in Congressional District 2, with parts of Baltimore County and a small portion of Baltimore City. Mt. Airy, Woodbine and some other parts of South Carroll are in Congressional District 3 with Howard County and the north half of Anne Arundel County. While we lose Congressman Andy Harris (and District 1) out of Carroll County, both of these districts have the potential to be competitive for Republicans and will force whoever the incumbents are to pay attention to our county.

This map - which we arrived at after a court forced the Democrats to redraw their awful original gerrymander - is somewhat of an improvement from what was going to be a 7-1 or possibly even 8-0 Democrat advantage map. It's still - in my view - gerrymandered to give the Democrats a big advantage...but thanks to court action, it IS better.