Good Afternoon Everyone! 2018 is rapidly coming to an end, and Session 2019 will be here before you it. This should be an interesting Session. Governor Hogan will have more flexibility to push a jobs and family friendly agenda during his second term, while a new cast of legislators will change the status quote in Annapolis. I will be sure to keep you updated on all the latest events when Session commences January 10th. 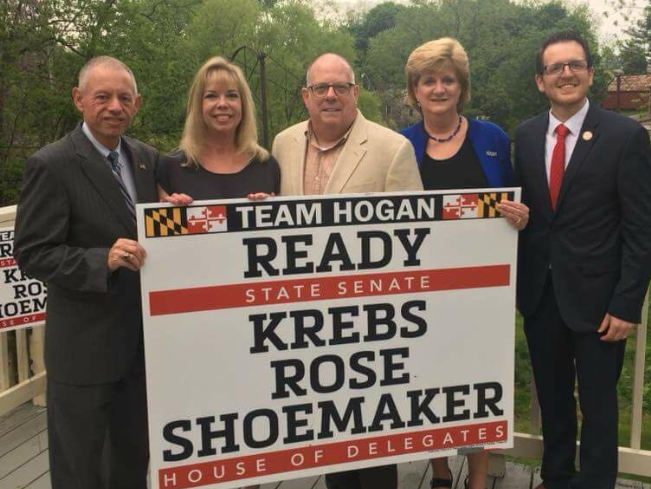 It has been one of my goals as a State Senator to reform Maryland’s partisan based congressional and legislative districts. Our current districts are the most gerrymandered in the country, and the designer, former Governor O’Malley, is on record stating that he drew them with the primary goal of getting more Democrats elected.

Governor Hogan has introduced legislation the past two years to establish a bipartisan commission made up of Republicans, Democrats, and Independents to redraw Maryland’s districts in an equitable manner that does not present partisan bias. Both years, the legislation was rejected by the majority party in Annapolis. Even worse, in 2017 the Democrats amended the bill to say that Maryland would redistrict if, and only if, five other states agreed to do so.

In early November, the U.S. 4th Circuit of Appeals, ruled on a challenge to the legality of Maryland’s 6th Congressional district covering Western Maryland. The 3-judge panel unanimously agreed to throw out the clearly partisan congressional map and ordered Maryland to redraw the 6th District by the 2020 election. Attorney General Brian Frosh, who helped Governor O’Malley draw the map after the 2010 census, filed an appeal to the Supreme Court asking them to grant a writ of certiari to hear the appeal.

While waiting for the Supreme Court to decide whether it will hear the appeal, Governor Hogan has recently passed an Executive Order to commence the formation of a nine-person independent task force to redraw Maryland’s electoral map. The U.S. 4th Circuit of Appeals gave Maryland until July 1 to submit a new map, unless the Supreme Court decides to hear Frosh’s appeal. Regardless, whether the Supreme Court decides to hear the case or not, Governor Hogan will have the opportunity to fairly redraw Maryland’s districts following the 2020 census.

Marylanders want free, fair, and democratic elections. It is time for change, Maryland deserves to have new congressional and legislative districts based on population and geography, not partisanship.

I wanted to take the opportunity to invite you to District 5 Delegate April Rose’s event on December 19, at 6pm. Delegate Rose will be hosting a Holiday Party at Liberatore’s Restaurant in Westminster.

Delegate Rose is a valuable member of our District 5 team and works to push forward our business and family friendly agenda in the House of Delegates. For tickets, click here! I hope you can make it 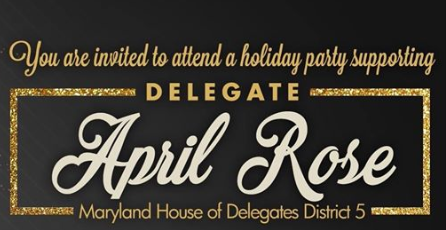 Are you an organization in need of volunteers? Would you like to join Maryland’s premier volunteer network? Volunteer Maryland, a unit of the Governor’s Office on Community Initiatives, today announced the start of their Service Site Information Sessions for the 2019–2020 service year, as they seek to expand geographically to serve more Maryland citizens. Nonprofits, government agencies, and schools interested in partnering with Volunteer Maryland to become a Service Site are encouraged to attend one of the information sessions prior to applying for the program. Volunteer Maryland currently has AmeriCorps members at 25 service sites across Maryland.

More information, including the dates and locations of the various sessions can be found here

To stay up to date with the latest goings on in Annapolis and our area, I hope you’ll like my Facebook page –www.Facebook.com/SenatorReady - and follow me on Twitter http://Twitter.com/JustinReady - and Instagram -http://Instagram.com/JustinReady. It’s a great way to stay informed and also to get in touch with me when you have concerns.

I consider it a great honor and responsibility to serve you in Annapolis and welcome your thoughts and opinions.  Please feel free to contact me or my staff with any questions, or concerns that you have.

Thank you for your support!