Good Afternoon everyone. Session has reached its own version of March Madness with three weeks left in the 2018 Legislative Session.

Earlier in Session 2018, I informed you of my support for Governor Hogan’s tax relief package. The Governor’s plan was to “hold Marylanders harmless” to the changes made the Federal Tax Code after President Trump’s tax reform was signed into law.

While most American’s will receive a tax break from the new tax codes, high income tax states like Maryland stand to receive a revenue windfall. State Revenues are estimated to come in around $400 million higher than expected. Governor Hogan’s plan has been to give a large quantity, if not all, back to the rightful owners, the taxpayers.

Unfortunately, the majority party in the General Assembly will do whatever it takes to stop Governor Hogan and our progress. Governor Hogan’s plan focuses on the idea of decoupling federal and state tax returns and allow Marylanders to take the standard deduction in MD even if they itemized at the Federal level, and vice versa.

The Senate Budget and Tax committee rejected the Governor’s plan and put out their own version of changes to the Maryland tax code. These changes are disputed to the effect they will have on Maryland Taxpayers, and I am monitoring this bill closely. I will keep you up to date on the latest developments. 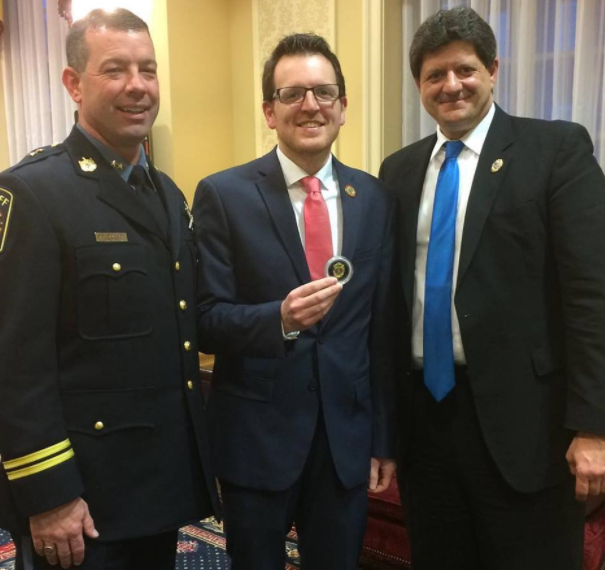 As you might have heard in the press, a member of the House of Delegates put in a bill that would ban tackle football until high school. I strongly disagree with this bill. While it was in the House and I did not get to vote on it, I applaud our Delegates Shoemaker and Rose, who were on the Committee that helped kill the bill.

This legislation was an answer looking for a problem. Learning how to tackle your opponent in a safe and effective manner is an essential part of youth football. If anything, this bill would have made athletes more susceptible to injury. Players would have been forced to learn how to tackle against young men rather than boys who hit substantially less hard. If parents do not want their kids to play tackle football, it is up for them to make that decision, not the Maryland General Assembly. I am thankful that the Committee killed this bill. 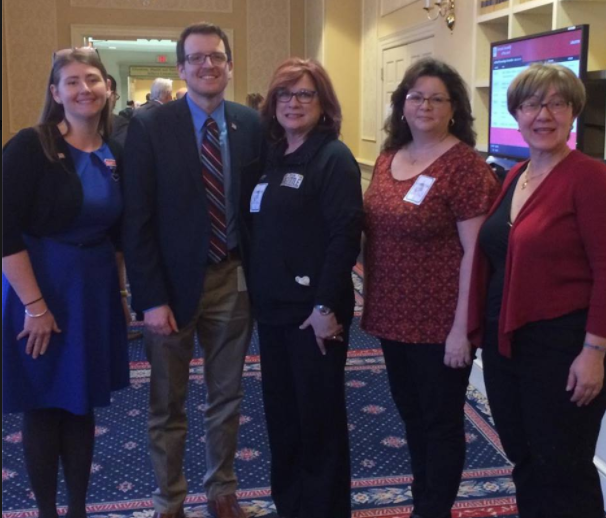 Board of Public Works Provides Grant for Rural Legacy Funds

Acquisition of this easement will protect valuable agricultural and forest lands and provide buffers to the headwaters of Aspen Run, a tributary to the Patapsco River, and upstream from Liberty Reservoir, a source of potable water to Baltimore City.

Last week I voted to approve Governor Hogan’s FY2019 budget proposal to the General Assembly. The Hogan budget is structurally sound and holds the line on spending without raising taxes, cutting services, or depleting our reserves. It is a balanced budget that keeps nearly $1 Billion in the “Rainy Day” savings fund, fully funds education, and continues to shore up underfunded pension funds.

This year, the Governor has allocated historic funding for K-12 education, while limiting the size of Government for the fourth consecutive year. We are also attempting to implement increased accountability measures to make sure that funds allocated for education are being used appropriately.

As the 2018 Session moves forward, there will be a lot of debate and negotiation on how to handle the revenue windfall the state could receive following the Trump tax cuts at the federal level. We are committed to finding a way to ensure that this extra revenue goes back to the rightful owners, the taxpayers. We will continue to fight for reform to spending practices, ensuring fairness in funding for Carroll County’s needs, and supporting tax relief.

Do you Know a College Student?

To stay up to date with the latest goings on in Annapolis and our area, I hope you’ll like my Facebook page
–www.Facebook.com/SenatorReady - and follow me on Twitter http://Twitter.com/JustinReady - and Instagram
-http://Instagram.com/JustinReady. It’s a great way to stay informed and to get in touch with me when you have concerns.

I consider it a great honor and responsibility to serve you in Annapolis and welcome your thoughts and opinions.  Please feel free to contact me or my staff with any questions, or concerns that you have.