This week’s news includes the Governor’s long-awaited announcement to move to Stage Three reopenings, my recommendation for a Whittaker Chambers memorial, and the announcement of some recently approved funding for Carroll County.

INDOOR THEATERS. Indoor theaters where live performances occur or motion pictures are shown may open to the general public at 50% capacity, or 100 people per auditorium—whichever is less—with appropriate health and safety protocols in place.

OUTDOOR VENUES. Outdoor venues where live performances occur or motion pictures are shown outdoors may open to the general public at 50% capacity, or 250 people—whichever is less—with appropriate health and safety protocols in place.

RETAIL AND RELIGIOUS FACILITIES. Capacity for retail establishments and religious facilities may increase from 50 to 75 percent.

You can read the full press release here which includes a link to the Governor's Executive Order. 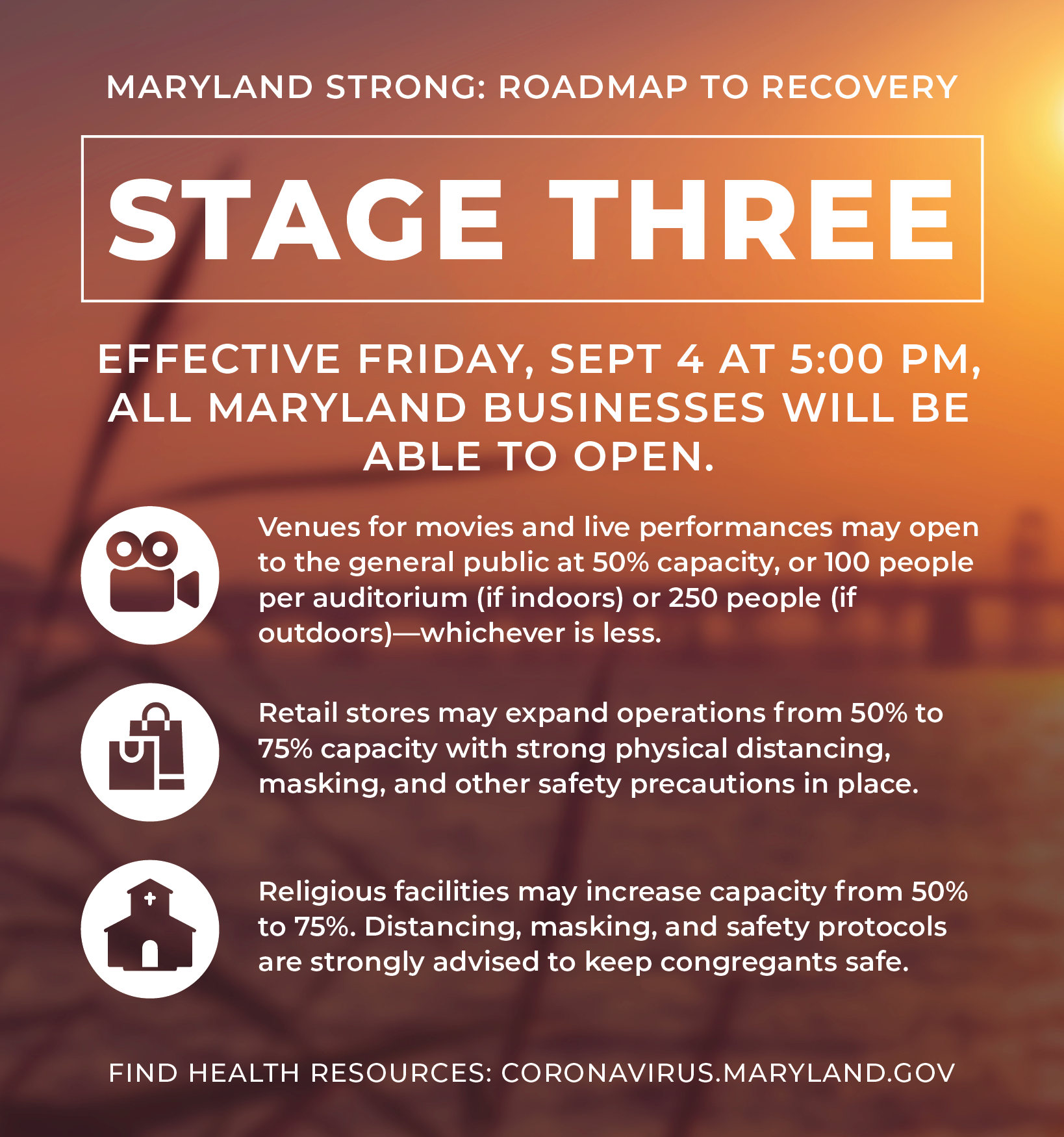 Pursuant to President Trump’s Executive Order, the Interagency Task Force for Building and Rebuilding Monuments to American Heroes has asked state and local leaders to make recommendations on historical figures who should be honored with a monument, statue or featured in the proposed National Garden of American Heroes.

Senator Hough said of the nomination, “Whittaker Chambers came to personally understand the horrors of the communist system and spent his life fighting communism and working to spread freedom. His work not only exposed Soviet spies working in our government, but inspired millions of Americans to fight against communism.”

“It’s hard for us to imagine now, but in the 1930’s and 40’s, there was a legitimate communist espionage ring in a number of U.S. Government institutions. Whittaker Chambers showed incredible courage in shrugging off what he correctly called the ‘absolute evil’ of Communism and became a beacon of moral clarity to our nation,” said Senator Ready.

Chambers was a Soviet spy until he became disillusioned with communism and helped expose a Soviet spy ring known as the Ware Group, which was operating within the U.S Government.

The evidence against Alger Hiss known as the “Pumpkin Papers” was kept hidden at Chambers’ Westminster farm until he turned them over to the HUAC. The Chambers Farm has been designated as a National Historic Landmark.

Following his testimony against Alger Hiss in what was known as the trial of the century, Chambers wrote Witness, which served as a powerful warning about the dangers of Communism. The highly influential book inspired Ronald Reagan’s political transformation from New Deal Democrat to a conservative Republican.

At the time of his death, Chambers had resumed academic studies at then-Western Maryland College (now McDaniel College) in Westminster. Chambers was awarded the Presidential Medal of Freedom posthumously by President Reagan in 1984.

-Maryland Department of the Environment grant to fund up to $833,739 to Carroll County for its Stormwater Management Restoration (Woodysyde) project.

-Rural Legacy grant of $318,589 to acquire a 63+ acre conservation easement in the Upper Patapsco Rural Legacy Area. Acquisition will protect productive agricultural and forest lands and provide 2,479 linear feet of forested stream buffers on tributaries of the Patapsco.

Although in-person voting will be available this fall, if you plan to mail in your ballot, you must request a ballot.  To do so, visit the Voter Registration and Mail-in Ballot Request page on the Maryland State Board of Elections website at https://voterservices.elections.maryland.gov/OnlineVoterRegistration/InstructionsStep1

My staff continues to work remotely and can be reached at  [email protected] or by calling 410-841-3683. Both email and voicemail will be checked regularly. My team and I will do our best to get back to you as quickly as possible.

As always, I want you to know it is my honor to represent you in the State Senate.  Again, your feedback and ideas are always welcome at [email protected] or by contacting my office.