We’ve wrapped our final full week of the 2021 Session. We have a Saturday session and then Monday, April 12th at midnight is Sine Die. It’s been a whirlwind week in Annapolis.  We’ve had late nights trying to pass good bills but – in most cases – trying to stop bad legislation.  One of the biggest issues debated this week was the police reform bill – more on that in my weekly video update below: 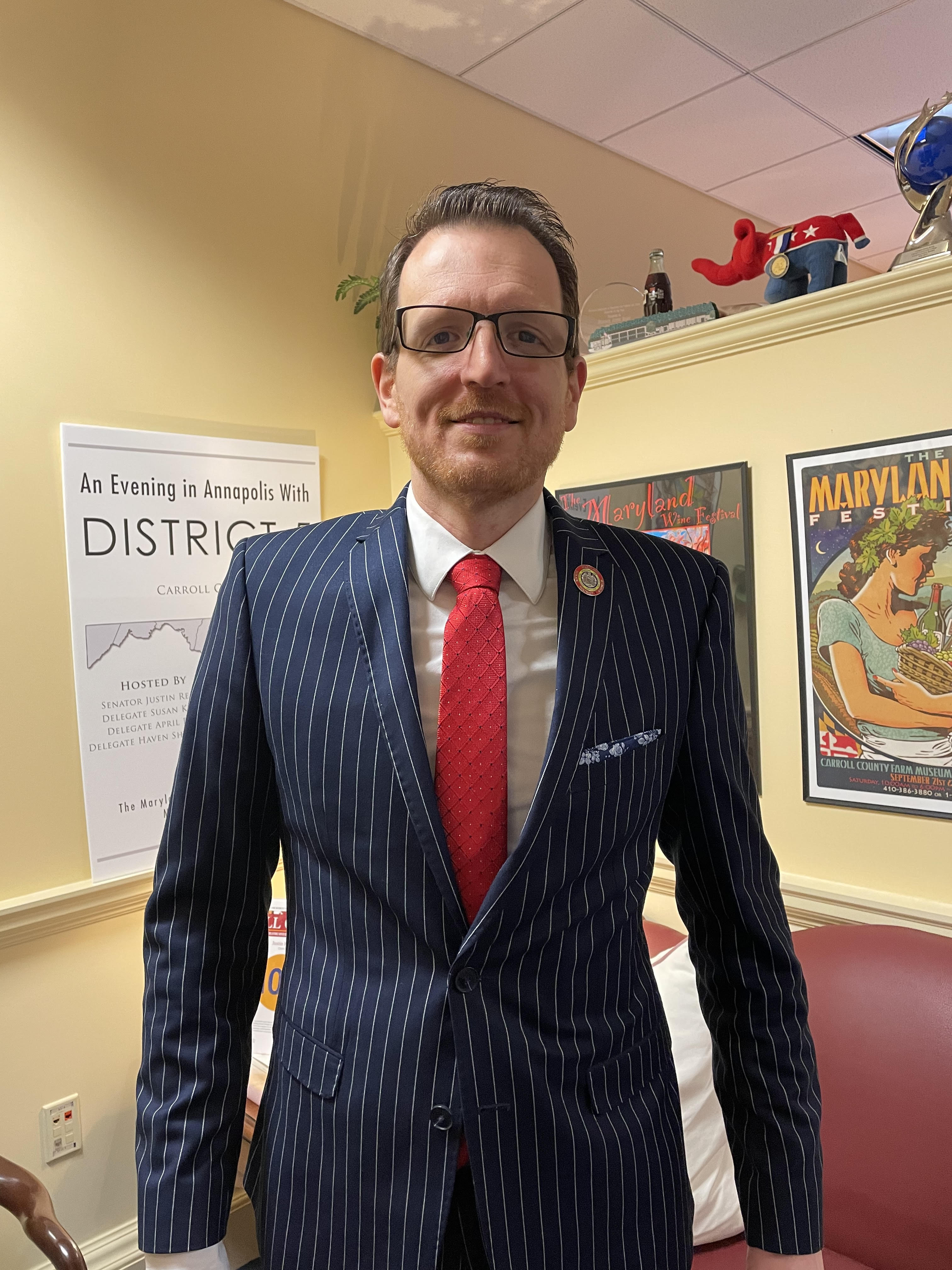 This past week, Police “Reform” legislation was battled on the Senate floor.  The final outcome does not serve Maryland well.  Here are some of the “lowlights” of amendments that were added to Senate bills by the House of Delegates – making these “reform” bills far worse:

Watch video of my floor speech opposing this here. Governor Hogan has signaled that he is very concerned about these bills.  I expect Governor Hogan will veto these bad bills, which will set the stage for a veto override fight in the coming days.

This week, HB 127, a bill that would have established a fee on every can of paint sold in Maryland (a “Paint Tax”) to fund an unnecessary program came to the floor of the Senate. I spoke against the bill – you can watch the video of my comments on the Senate floor here. By holding the bill up, explaining what it would mean to consumers and offering an amendment to strip the tax out, the Democratic Senate leadership did a maneuver known as “re-referring” the bill back to the committee it came from, which effectively kills it. It’s not officially dead until midnight on Monday when Session adjourns though, so I’ll keep a close watch out.

Last week, the Maryland General Assembly voted to enact the FY2022 Capital Budget. The Carroll County Delegation worked in a bi-partisan fashion in the General Assembly and with the Governor to secure key funding for a series of important community projects. These projects range from helping underprivileged youth to improving public safety. Below are some highlights of what projects will receive Capital funds:

The Maryland Department of Transportation State Highway Administration (MDOT SHA) will mill, patch, and resurface a section of MD 140 (Taneytown Pike) between WMC Drive/Meadow Creek Drive and the MD 27 (Manchester Road) bridge, a span of 1.6 miles, in Westminster starting Sunday, April 18 at 8 p.m. The work will remove damaged portions of the roadway and replace it with new, smooth pavement. The project is expected to be complete in June.

If you are or know a high school senior or college student, please consider applying for a Senatorial Scholarship.  For more information or to request an application, email Emily Van Horn at [email protected] and include your full address.  Scholarships will accepted up to April 15, 2021.

My staff and I can be always reached at  [email protected] or by calling 410-841-3683. My personal email is [email protected]. Both email and voicemail are checked regularly. My team and I will do our best to get back to you as quickly as possible.