Ready Report- We are in the Final Week

The March Madness that was the last few weeks of session has come to an end. We are entering in to the final week of the 2017 General Assembly Session. At many times throughout this Session in Annapolis, I have felt like we were in Washington D.C. This is due to the relentless efforts by the Annapolis Democrats to attack President Trump and Governor Hogan (often at the same time), and try to react to everything they don’t like about the new administration. As the final hours tick down on this year’s Session, I am keeping my focus on the goal of making Maryland a better place for families, jobs, and retirees to live, work, and raise families.

Below you can find last week’s video update on the developments in the sanctuary state debate, our petition opposing the sanctuary state legislation that’s being considered in the Senate, information on the confirmation of Neil Gorsuch to the Supreme Court, and details on upcoming community events 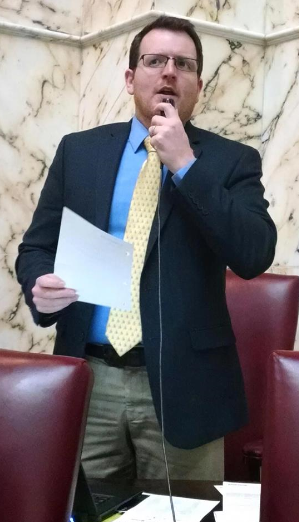 This week we prepare to debate the highly controversial legislation that would make Maryland a sanctuary state. This is another highly partisan driven effort by the General Assembly to interject Maryland into Federal politics. If this legislation passes, state and local law enforcement officials in Maryland would be prohibited from responding to any hold, notification, or transfer request from ICE or Homeland Security.

I am firmly against any legislation that allows criminals to take shelter in our state. Regardless of your views on illegal immigration, I think that everyone can agree that Maryland should not become a safe-harbor state for rapists, murderers, and criminals. This bill is sitting in the Senate Committee  awaiting a vote before going before the Senate body. You can be assured that I will fight against it. To watch my weekly update video regarding this topic, click on the picture below. 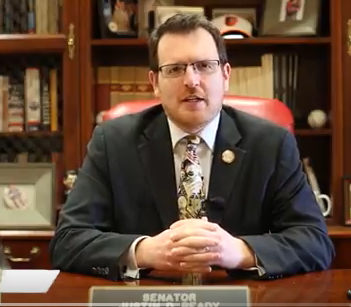 Violent criminals and those on the run from authorities should not be allowed to take shelter in Maryland. If you haven’t already, sign your name on our online petition to stand with me against making Maryland a Sanctuary State. To sign our petition, click on the graphic below.

Tell the US Senate to Confirm Gorsuch Now

Here’s a quick break-in to state politics for Federal update. The Democrats in the U.S. Senate are trying to hold up the confirmation of highly qualified Supreme Court Nominee Neil Gorsuch. This is just another petty attempt by the Democrats to play politics. Judge Gorsuch’s judicial philosophy is an essential addition to the court. He is a man of great principle who is proven to be a judge that respects the rule of law by interpreting it, not trying to legislate from the bench.

Both of Maryland’s Senators; Ben Cardin and Chris Van Hollen, have already announced that they would vote no. However, Ben Cardin has been silent about filibustering Gorsuch. Please contact both our U.S. Senators and – firmly but respectfully - ask them to be sensible and vote to confirm Gorsuch and not to filibuster the nomination.

From April 7th-19th, the Carroll Arts Center will display their annual exhibit of art made by marshmallow Peeps. The event will run from 10am-7pm daily. Please take the time to go check out some of Carroll’s most creative and delicious works of art.

On Tuesday, May 23rd, 8 Time Major League Baseball All-Star Darryl Strawberry will be sharing his story of addiction and recovery at the Portico at St. John Catholic Church in Westminster. Doors will open at 6:30p and be followed by a reception. I would like to thank State’s Attorney DeLeonardo for his effort and commitment to helping those who struggle with addiction.

To stay up to date with the latest goings on in Annapolis and our area, I hope you’ll like my Facebook page – www.Facebook.com/SenatorReady - and follow me on Twitter – http://Twitter.com/JustinReady - and Instagram - http://Instagram.com/JustinReady. It’s a great way to stay informed and also to get in touch with me when you have concerns.

I consider it a great honor and responsibility to serve you in Annapolis and welcome your thoughts and opinions.  Please feel free to contact me or my staff with any questions, or concerns that you have