We have reached “Crossover” Day in the 2017 Session. The Senate will start to review legislation that has passed in the House, and vice-versa. If a bill doesn’t pass the Senate by the end of tonight it has to go through an extra step in the House of Delegates before it can be considered by a committee. This means that the clock for this year’s legislative session is winding down – we have three weeks and a day left. As our time gets shorter, the stakes get higher and a lot of controversial issues are saved until the end

Victory on the Road Kill Bill in the Senate

Last week we were able to get Governor Hogan’s Road Kill Repeal legislation passed through the Senate. The bill puts the overreaching scoring system that would have put 66 of our important transportation projects in jeopardy on the shelf and instead commissions studies to look at better, transparent ways to evaluate transportation needs relying on input from traffic professionals and local governments, along the lines of what state like Virginia do. Projects like the widening of Route 32 and improvements to I-70 would have been canceled in order to cycle the transportation funds into mass transit projects. Investing in transportation projects across the entire State is imperative to helping our families and businesses thrive.  I am committed to working with the Governor and local leaders to make sure that these crucial road projects will continue as planned. Repealing the Road Kill Bill in the Senate was the first step in accomplishing this goal.

This week we prepare to debate the highly controversial SB 835 that would make Maryland a sanctuary state. This is another highly partisan driven effort by the General Assembly to attack President Trump and interject Washington D.C. politics into Annapolis. SB 835 would prohibit state and local law enforcement officials in Maryland from responding to any hold, notification, or transfer request from ICE or Homeland Security. ICE “Detainers” as they are called are primarily for illegal immigrants who are guilty or suspected of murder, assaults, three or more “serious” misdemeanors, or worst of all, suspected or guilty of terrorist activities.

Last week at Rockville High School, a 14-year old female student was raped by two male students in a school bathroom. One of the male students is an 18-year-old freshman with a pending deportation removal order against him. If SB 835 sanctuary status legislation is allowed to become law; it would be illegal for anyone in Montgomery County Schools or local law enforcement agencies to cooperate with ICE to deport this kind of person.

I am firmly against any legislation that allows criminals to take shelter in our state. Maryland should not become a safe-harbor state for law-breakers. Unfortunately, this proposal has already passed the House of Delegates. It’s currently in the Senate Judicial Proceedings Committee – which I sit on – awaiting a vote. Again – you can count on me to fight this with every tool at my disposal. 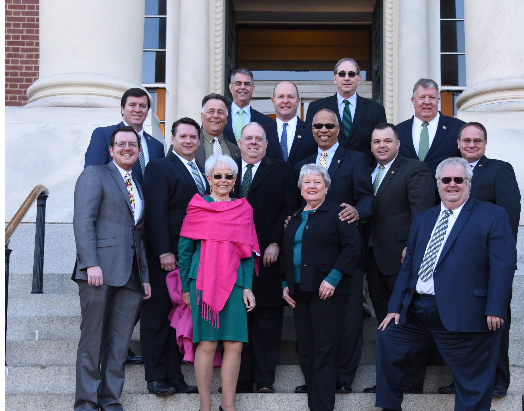 Thank you for the honor of serving you in Annapolis. You can count on me to fight for our community and values every step of the way.