At a time when working families are facing cost of living crisis, gas prices are at an all-time high and violent crime in many of our states - Democrats in Annapolis have made increasing the number of abortions and who can perform abortions as one of their top priorities during the 2022 General Assembly Session. This despite the fact that Maryland already has arguably the most permissive and liberal laws on abortion on the books - and is one of only 4 states that uses taxpayer dollars to pay for Medicaid abortions.

On Tuesday, over my "NO" vote and strong objection (which I'll outline below) the Senate passed HB 937/SB890 (SB890 was passed last night), the so-called "Abortion Care" Access Act, sending it to the Governor Hogan's desk. I am hopeful that Governor Hogan will veto this legislation - he has to make a decision within 6 days. If he does, the bill would come back to us for a possible veto override.

This bill allows for a wide range of health professionals to become licensed in performing abortion procedures. The stated goal of this legislation is to increase the amount of abortions in Maryland and allow for non-physicians - including midwives and physicians assistants to perform abortions at any stage of the pregnancy. It also mandates $3.5 million in taxpayer funds be given each year to an outside organization to train and education health professionals on the abortion care procedure. While the bill doesn't specify the organization it seems likely that it would end up being Planned Parenthood.

I helped lead the Republican floor debate against the final bill. You can watch my floor speech opposing SB 890 on Monday night by clicking on picture below: 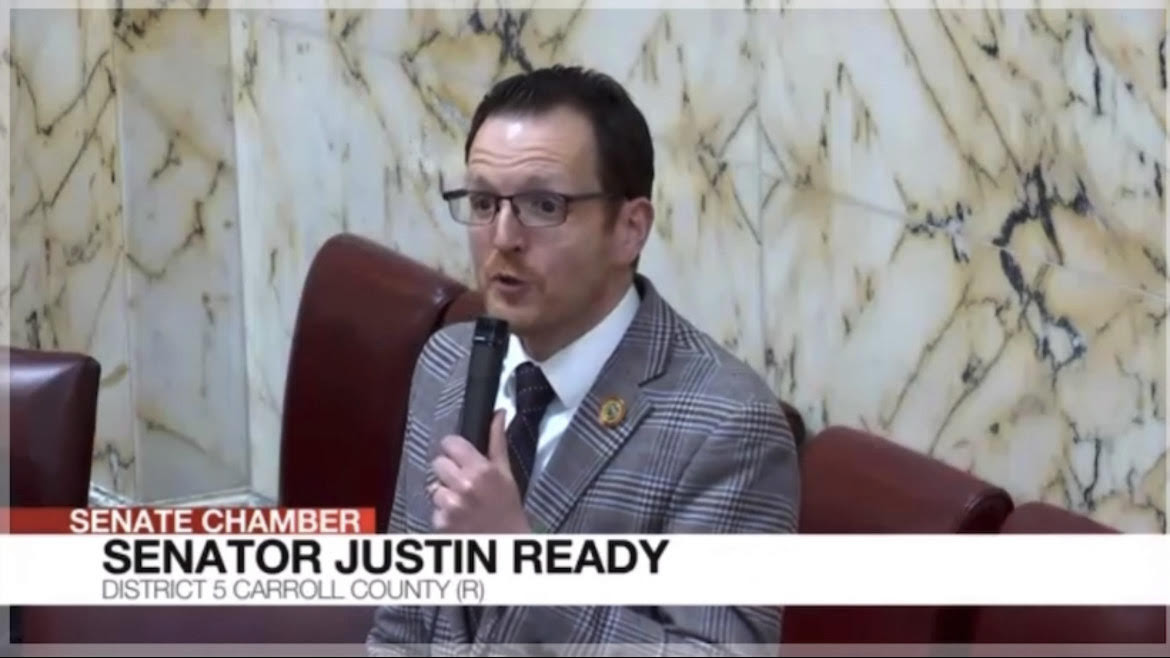 All 15 Senate Republicans fought hard against this bill and many of us offered amendments on the Senate floor to try to defang the bill or put more protections in - because we knew that, sadly, we did not have the votes to defeat the bill.  One amendment we presented stated that a baby who is born alive during a botched abortion procedure must receive life saving care and protection. This amendment as voted down 19-27. All amendments were defeated on (mostly) party-line votes although we did have two Democrats join us on a lot of the amendments and voted against the final bill.

As we attempted to continue debate today (and essentially try to filibuster) the Senate Democrat leadership made a motion for “cloture,” to limit debate to only one more hour after we had been arguing for several hours over the course of the last few days. That motion for cloture passed and, after exhausting our time, the final vote was taken. HB 937 passed by a 28-15 vote (four Senators were excused absent due illness).

One piece of good news is that HB 1171, the Constitutional Amendment that would enshrine abortion into the Maryland Constitution, has been pronounced dead by the Senate President - I believe at least partly because of how tough the floor fight has been on this abortion bill above. This legislation is in the Senate Finance Committee, however I am told that it will receive only a token hearing and no vote. HOWEVER - nothing is truly dead until midnight on the final day of Session so I'll continue to watch closely.